This article is out of date. Always fresh information and statistics about keyboards, here: esportset.com/devices/keyboard

The most popular brands of gaming keyboards: 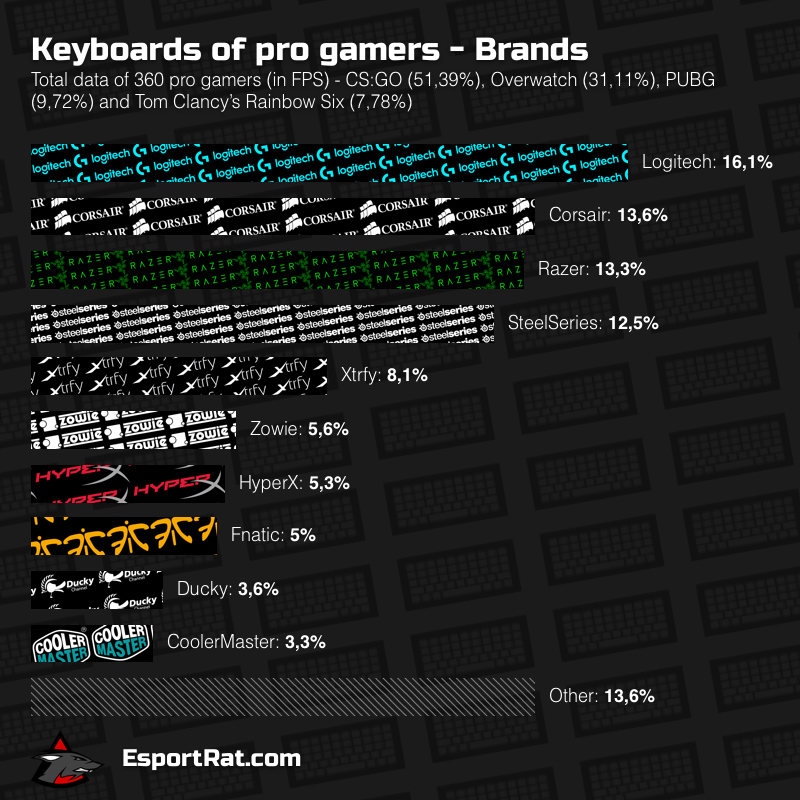 Pro players prefer a variety of manufacturers. It is possible, perhaps, to distinguish the four Logitech, Corsair, Razer and SteelSeries - but there is no obvious superiority for any brand. 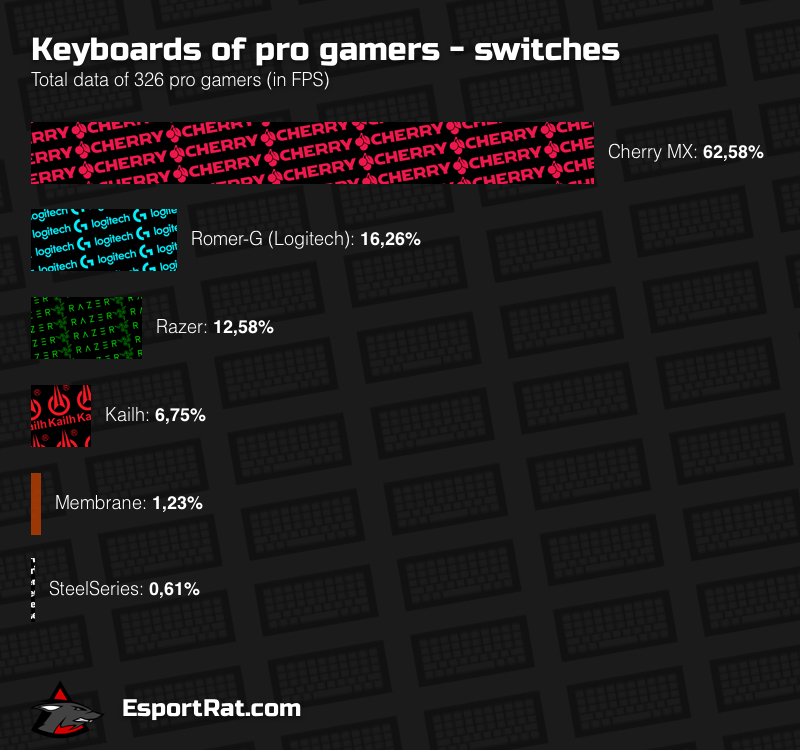 Switches are the most important part of any keyboard. All the switches on the graph refer to the mechanical switch, except for the “membrane” column. Cherry MX is in the lead, usually professional gamers prefer “Cherry MX Black”, “Cherry MX Red”, and, oddly enough, “Cherry MX Brown”.

Notable popularity among pro gamers got the Romer-G switches from Logitech, which, respectively, are used only in Logitech keyboards. In general, Logitech, Razer and SteelSeries switch to using their switches, instead of continuing to embed Cherry MX everywhere, which is reflected in the preferences of pro gamers.

SteelSeries 6Gv2 - 9.2% First place - SteelSeries 6Gv2, this is the most popular keyboard among professional gamers from our study. Interestingly, the first place is occupied by a classical mechanical keyboard with Cherry MX Black switches. This massive keyboard has no programmable keys and no backlight, which is not surprising because it was released back in 2010!

XTRFY K2-RGB - 6.1% Keyboard Xtrfy K2-RGB takes the third place. This is the only keyboard of our top using Kailh switches.

This article is out of date. Always fresh information and statistics about keyboards, here: esportset.com/devices/keyboard 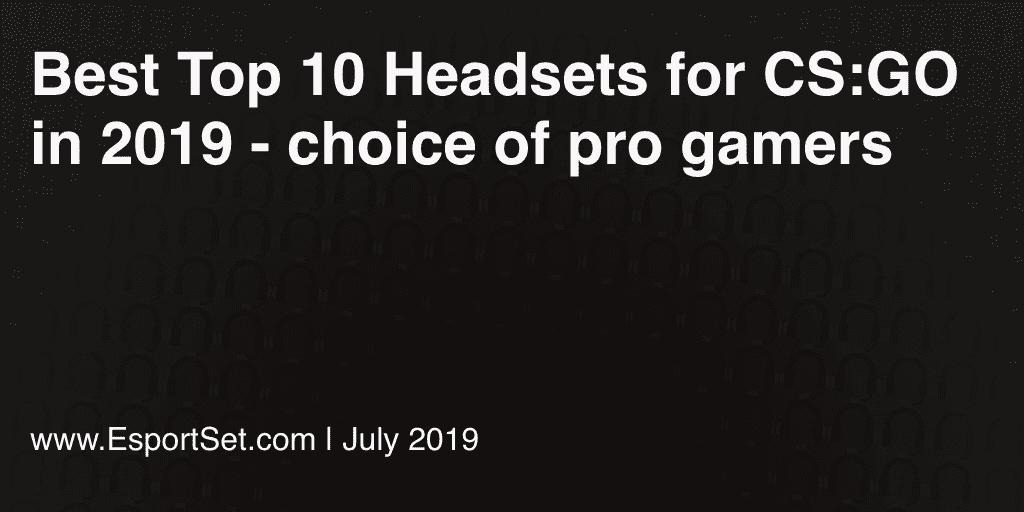 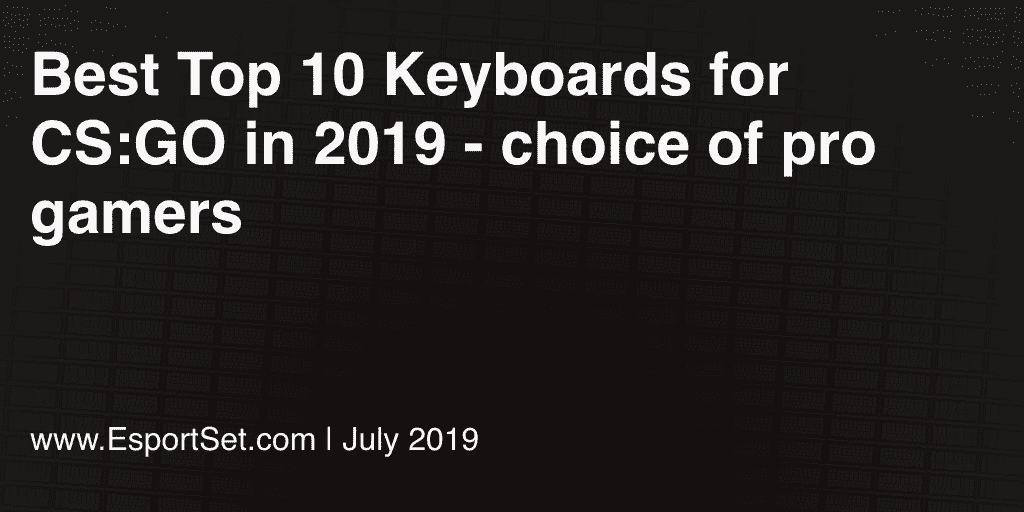 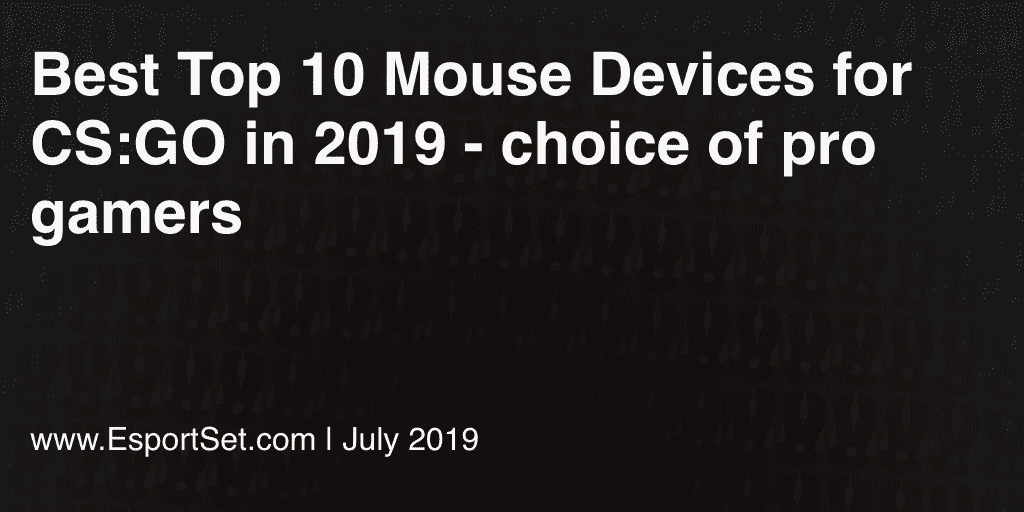 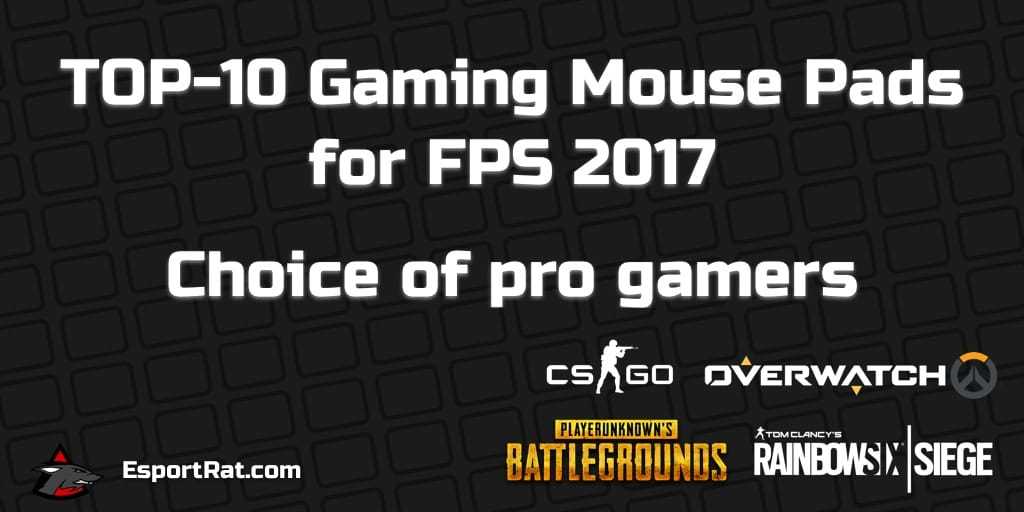